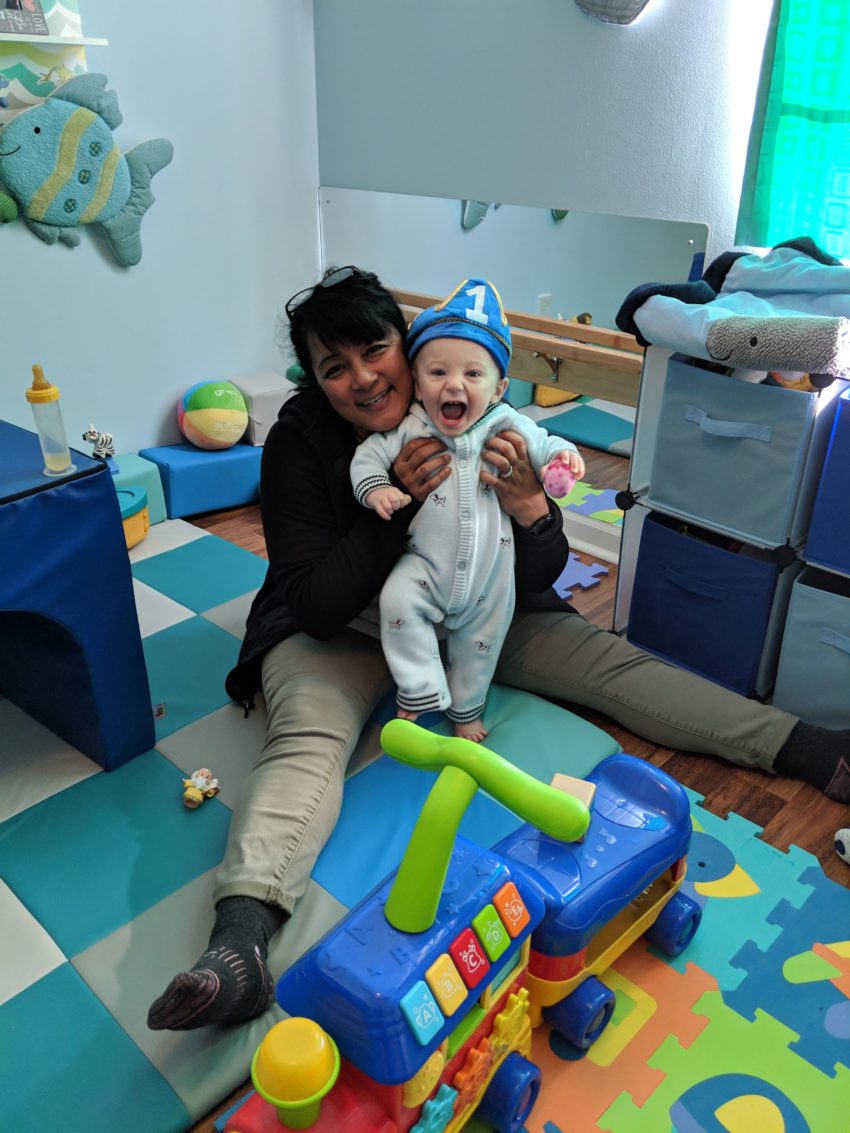 Does your baby qualify for Early Intervention (EI)? Lyons Cub was born weighing 3 lbs and being six weeks early, and he qualified as an asymmetrical IUGR baby and pre-term infant. Strictly speaking, he did not have any huge delays, and his eyes and ears were just fine. However, he did have some gross motor delays caused by his head having received most of the nutrients from my failing placenta, leaving it too big and his extremities too small for crawling and other physical activity early on in his life. Instead of crawling forward on his tiny, short arms, he would face plant. He was about two months behind term babies of standard weight, so I accepted the offer of Early Intervention to boost his motor skills.

As a first-time mom, I appreciated being led by a knowledgeable woman and taught what kind of exercises to do with my son. If you are afraid your child will get labeled, don’t worry. EI is beneficial for your kid and not interfering with what you as a mom do with him or her already at home. Our EI worker did exactly the same things we used to perform, anyway, such as sitting in a swing, riding the rocking horse, playing with sand and water, jumping in the doorway jumperoo, etc. Your child won’t be submitted to any hard, physical exercises and measured scientifically. Instead, he/she will play in a natural environment with the parent(s) and siblings (if there are any) involved, so there is no fear or shyness. Everything feels very normal, and you can build a friendly relationship with your EI caretaker.

Also, don’t be worried that your EI worker might make fun of you or even report you because of your house being a mess! I was a single mom with a full-time job in education, and I didn’t always have time to keep everything neat and tidy. I did have a nanny to help me with the housework, but on most of my pictures, you will see Amazon boxes, unfinished furniture parts, half-packed Sterilite boxes and storage cubes, etc. in the background. It’s none of that person’s business to judge you about the appearance of your home. You’re not neglecting your baby, and you’re not living in feces – great. Unwashed heaps of clothes on the floor happen. Toys all over the place are common. I think with horror about the day my son got to two cartons of 18 eggs each while I was briefly carrying the other groceries inside… The EI worker is not there for a photo shoot, but to help your child improve his gross and fine motor skills, social/emotional behavior, and speech (more or less of one or another, depending on what your baby is struggling with).

We were told about the EI service when we left the NICU already; Vanderbilt in Nashville gave me a referral to the Tennessee Early Intervention System (TEIS). My son’s pediatrician also recommended we contact them, so we did. The first step is to fill out several forms. You as the mom will indicate what you want to work on with your child, and where you see delays, and you will set goals that will be revised after a few weeks or months, after they have been reached. Then, you set the next goal. Personnel from EI will come visit you and baby in your home and take in the status quo first.

Below, you see us at our initial meeting to assess the situation. I’m the one in the colorful nursing dress, the other lady is Jessica from EI. Lyons Cub was seven months old at this time (and about the size of a 5-months-old). Jessica assessed Lyons Cub for one and a half hours! Two weeks later, we were let known officially that he qualified for physical therapy due to his preemie status. My son had lots of fun during that meeting. He got to play a lot and grab things. She had brought a huge bag of toys to see how he plays. The only thing he wouldn’t do for her was pick up a raisin, because he couldn’t do the pincher grip yet – and because it was too small and uninteresting!

After being informed whether your child qualifies for EI services, you will agree upon visiting times by your EI interventionist. Lori came to us every Wednesday at 10 a.m. for 50 minutes (I had picked a time when I didn’t teach. If I had to be at the university for a meeting, Nanny Nancy took over). Every time Lori left, I signed her time table on her iPad, and she moved on to her next little client and family. Lyons Cub had EI until he was 18 months of age and got enrolled in Amare Montessori kindergarten. She would have continued visiting my child without me present at his kindergarten to observe him, but we agreed that this was not necessary anymore, since my son had no more delays.

When Lyons Cub was between 8 – 14 months old, we mostly practiced climbing, sitting, sliding, and rocking on his dinosaur rocker. As a parent, you will be present in the sessions and engage in usual play. Baby will interact with you and the EI worker. Below, you can see Lyons Cub practicing to sit, which he mastered at 8 months.

Lyons Cub interacted very well with Lori and engaged happily in social play. I am sure that without EI, he would not have sat at 8 months, crawled at 10 months, and walked at 14 months. Independently from his American pediatrician and EI, I had him assessed by a German doctor when we flew there for our summer vacation when he was eight months old, and he was also diagnosed with slight gross motor delay and recommended some kind of physical therapy. I am very grateful for all EI has done for us. If you are still on the fence about trying EI, I would say try it out, it can’t hurt. It takes less than an hour of your time per week, and your child will benefit (and you might learn some new tricks from a professional). As a first-time mom (and one over 40 in addition), I didn’t have a clue how to play with very young children. The education I had studied was for high school children and adults. I bought several toys and activities that would have been more suitable for older tots. Oh well! It’s all trial and error.

Even on his first birthday, Lyons Cub had an EI session, so Lori got to taste his birthday cake.

He got a plastic slide for his birthday which turned into a motorcycle rocker when it was upside down, so we used it during our EI sessions for motor activity. Lori took the two pictures below:

Below, you can see Lyons Cub in his beloved turtle sandbox, which stands next to his dinosaur water table. He learns the words “horse,” “fish,” and “splash” while playing with sand, toys, and water. You will notice that I speak German with my son, while Lori (and the nanny, and the kindergarten teachers, and everyone around us) spoke English. When you educate your child bilingually, it’s good if you stick to one language as one contact person, and the other(s) speak(s) in the second language consistently.

Here, Lyons Cub learned to walk at 14 months of age. Our street lay at an angle, this is why he seems so wobbly stumbling up the hill. He was successful, though! Maybe, Lori and I shouldn’t have praised him so much. This was the beginning of him trying to run away from mommy in the future 😉

He still crawled from time to time, and made it across the street from our house. He was fascinated with the red dog bowl that belonged to our Honey and Sally, so he carried it around everywhere. In this video, he practiced his pincher grasp and picked up a little stone to put it into the doggy bowl. He’s also trying to eat it, but Lori was faster 😉

Sitting on the swing was another one of Lyons Cub’s gross motor exercises, and he still loves swinging to this day. Sometimes, he got a little dizzy and wanted out, and he cued and let people know. He was only one and a half years old then and didn’t say a whole lot yet. He had about 50 words around the age of 2 and several 2-word sentences.

All in all, Early Intervention proved to be very beneficial, and I’m glad we took advantage of this free service.

1 thought on “… do Early Intervention?”