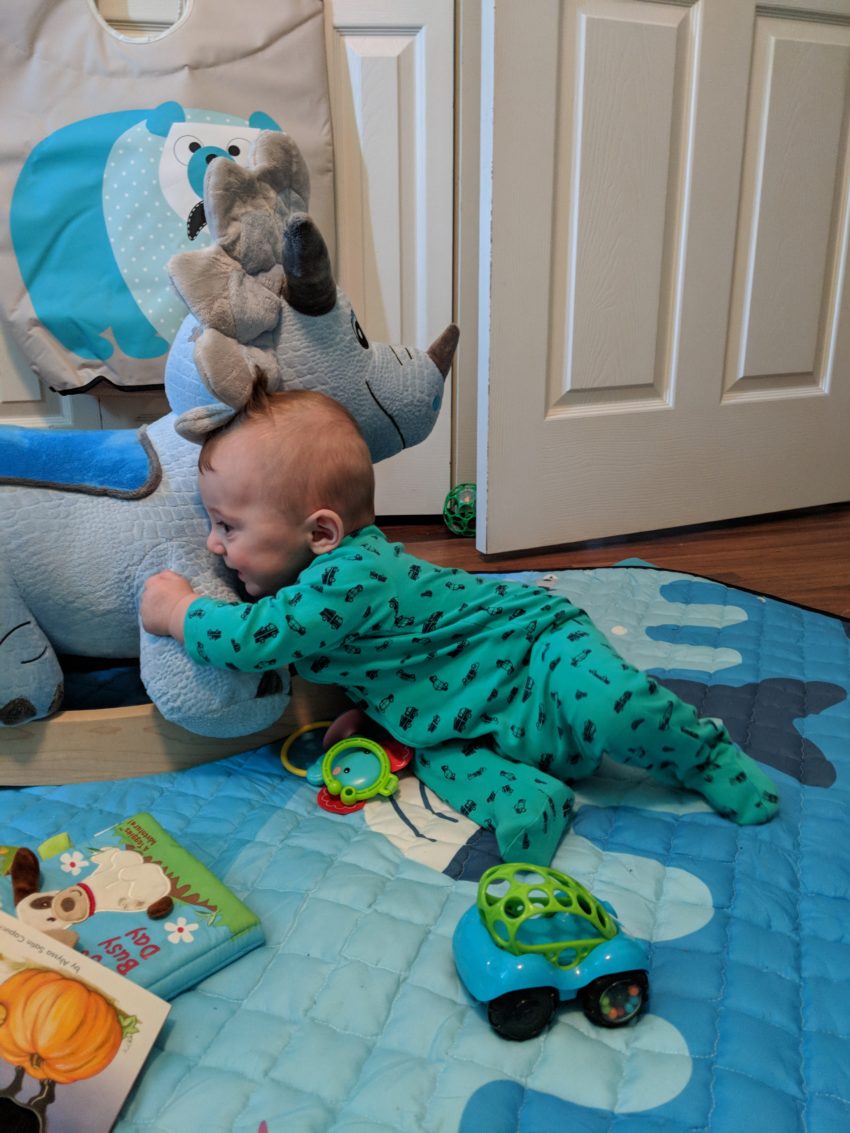 Have a boy and a blue nursery and still looking for a blue rocker? Look no further, because the Fossil Dinosaur Rocker is the perfect rocker for the smallest babies. As a plus, it looks great in any nursery with its cuddly, soft body and its friendly grin 😉 One of the first words my son could say was, “triceratops.” We used it mainly up to a year of age. It is very low for the baby to get on and off, but the most fascinating part for my child was the sensory play with the crinkly crests. Lyons Cub wasn’t strong enough yet to squeeze the squeaky horns with his fingers, but he loved me doing it for him and always laughed and giggled.

If you don’t like a triceratops, there are also t-rex and brachiosaurus rockers out there.

I looked at many rocking horses for the youngest babies online before deciding on this one. It doesn’t have a seat with side rails or a belt, but is for more independent and unsupported play. I held my son up most of the time and rocked him, since he hadn’t figured out how to rock yet. He was not scared sitting on it, although he’s afraid of heights. The back rest was sufficiently stable, although it isn’t meant for constantly leaning against it. It’s really for practicing unsupported sitting upright and getting the rocking motion down. We still have it. He has a big boy rocking horse now. My mother still has my youngest sister’s rocking horse from 1980. I think I’ll keep this one here to remind me of the sweet beginnings…