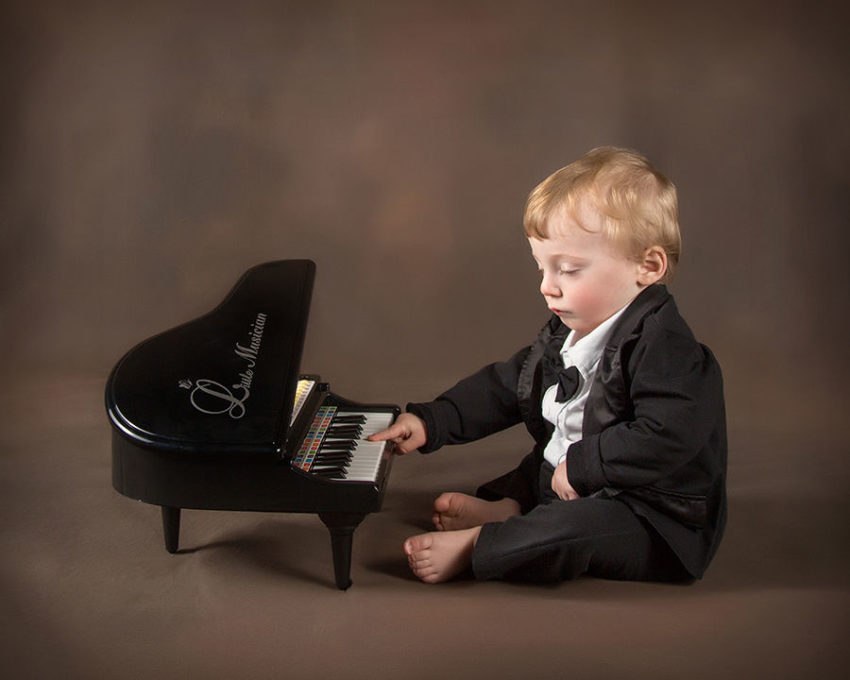 Do you love classical music? Maybe you have had piano or guitar lessons when you were a child or teen? Or maybe, you would like for your child to make an experience that was withheld from you when you were little?  People have speculated for quite some time whether listening to classical music makes you smarter, although a small study from 1993 found that college students who listened to Mozart’s Sonata for Two Pianos in D Major (K 448) displayed only modest improvement in a test of spatial reasoning. Bangerter and Heath (2010) talked about the “Mozart Effect” (ME) in their article, “The Mozart effect: Tracking the evolution of a scientific legend.”

Whether or not you believe in the “Mozart Effect,” listening to classical music in the womb and after birth is definitely not detrimental. You might not make your baby smarter, but you could instill in him or her the love for music, and perhaps lead your child to a youth with music lessons, concerts, and competitions, or even on the path of a musical career. It could also be that nothing at all happens, your child turns out to be a terrible singer, and abandons his or her violin lessons with frustration — so be it. You have at least tried and offered a one-of-a-kind opportunity. You can’t force your child to love music, or anything else that’s dear to you, for that matter. Thus, if you are still wondering whether you should educate your child in classical music, maybe this blog entry will help you make a decision.

Lyons Cub was lucky in that regard; Daddy Lyons was a talented classical pianist and composer, working as an accompanist and collaborative pianist at the music department of Southern Illinois University Carbondale (SIUC) for a decade after having been a freelance pianist based in Bloomington, IN, traveling the United States and Germany to give concerts and accompany instrumentalists and singers for many years before his university job. And Lyoness had had piano lessons as a child, was an avid soprano in her church choir, and ventured into composing children’s music in her late thirties. Then, one fateful day, she hired a pianist at the university where she taught English to record and perform her pieces – and later married him! Alas, Daddy Lyons suffered from bipolar depression and schizoaffective disorder and passed away several months before his son was born. His gentle heart and sweet character come to life in this beautiful composition, “Nocturne in G,” by Daddy Lyons:

During an inland derecho on May 8th, 2009, Daddy Lyons’s grand piano was damaged when a ginormous tree crashed onto his house, burying the piano and the car underneath the rubble. He had hidden in the bathtub and survived unscathed.

Daddy Lyons moved into student housing while he had his house rebuilt and his beloved Yamaha disklavier (which is able to record one’s playing) painstakingly restored. After a year, his house was inhabitable again, and his piano was repaired. Normal life set in. The grand piano would suffer another damage when, years later, after Daddy Lyon’s passing, Lyoness moved to Clarksville, TN and the moving company caused a misalignment of the keys. The nice piano tuner from the music department of SIUC traveled to Clarksville some day, and on the way made a stop and repaired the keys, so the pregnant Lyoness could play to her unborn child. They say the child in the womb can hear music already. Whether it’s true or not, we didn’t want to err on the wrong side.

When Lyons Cub was born and had to spend three weeks in the NICU in Nashville and Clarksville, TN due to his low weight as an IUGR and premature infant, Lyoness sang to him around the clock, sitting in front of his isolette and pumping away. When Lyons Cub went home from the NICU, he was still sung to. Lyons Cub grew up with a grand piano standing in the living-room and an upright piano in the basement, and as soon as he could hold his head up and sit, he was on mommy’s lap, listening to Christmas songs and children’s songs. When he was about half a year old, he got to visit mommy’s church in Carbondale, IL and was allowed to sit on the organist’s lap in the choir room, impressing her with his piano skills 😉

At home, he got to try out the piano himself, beating happily on the keys. When he was able to stand, Lyoness would push his Graco play pen next to the grand piano, so he could reach it whenever he felt like it.

Here is the corresponding video:

He also would listen to Lyoness’ amateur compositions for children, usually for piano and flute, and recorded by music students from SIUC. Mommy’s style was completely different from daddy’s – less melancholic and romantic, but more playful and joyful. Below is a piece called “Summer Festival,” sight read by Sonja Harasim (violin) and Andrew Staupe (piano) at the occasion of their visit to the SIUC “Outside the Box” event in 2016, the year before we lost daddy. This was an opportunity where professional musicians played the pieces of emerging student composers.

Lyons Cub unwrapped his Christmas presents in front of his daddy’s grand piano; here, he received a music box from Aunty Cheryl with a little cardinal in it, which sang the most lovely song. (Sorry for the snotty nose; he had a cold.)

When he was a year old, Lyoness went with him to the professional photographer, Daphne Treadway, who had also taken his newborn pictures and half-year pictures, and had photos taken with his toy piano. By the way, this piano really worked, and Lyoness taught a music composition club at an international school with it; the grade schoolers were fascinated by that tiny piano that could play tunes all by itself, and also their own pieces.

At 14 months of age, he professes his love for piano music, but he has “stage fright” when mommy asks him to perform for her:

When Lyons Cub visited his older cousins in Germany in August 2019, he watched in awe as his cousin played a piece for him:

In September 2019, Lyoness and Lyons Cub visited Altgeld Hall at SIUC, the music building where Daddy Lyons had played the piano for many years. We used to call it, “the Castle.” It now houses the music department and is one of five buildings in Gothic Revival style of Illinois universities built at the initiative of Governor John Peter Altgeld. How many times has Lyoness climbed up the stairs, full of anticipation, to office 224 in order to receive composition or piano lessons from her beloved “Maestro,” as she called her then boyfriend!

Lyons Cub got to meet the piano tuner, a friend of his daddy’s, who had tuned the family pianos as well as the university pianos many times. The piano tuning office was so interesting, mainly because there were lots of tiny little parts lying around that a toddler was not allowed to touch…

1 thought on “… Raise Your Child with Classical Music?”