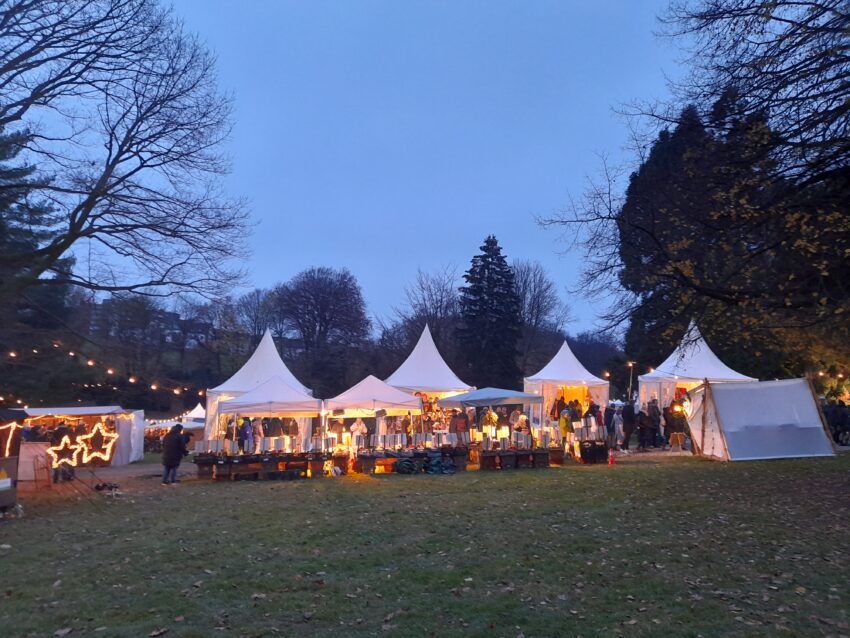 It was super romantic, especially in the dusk when all the torches and fires were on.

Lyons Cub got a beautiful, homemade gift: A night light that looked like it was made of paper, and which could be illuminated with changing colors. It was actually fabricated out of interwoven, three-dimensional plastic.

There were arts and crafts, for example animals made out of metal, and one booth had sea shells and conches. My son got a silvery white and an opal-colored sea shell. There were no merry-go-rounds or other modern things for kids to play, but there was something else: A real, old tractor that the little ones could climb on!

The meadow the tents were on was really big, and we just wished we had had more time to see everything. However, it got dark very soon, so we chose to drive back home. A free shuttle bus took us back to the big parking lot where our car was.