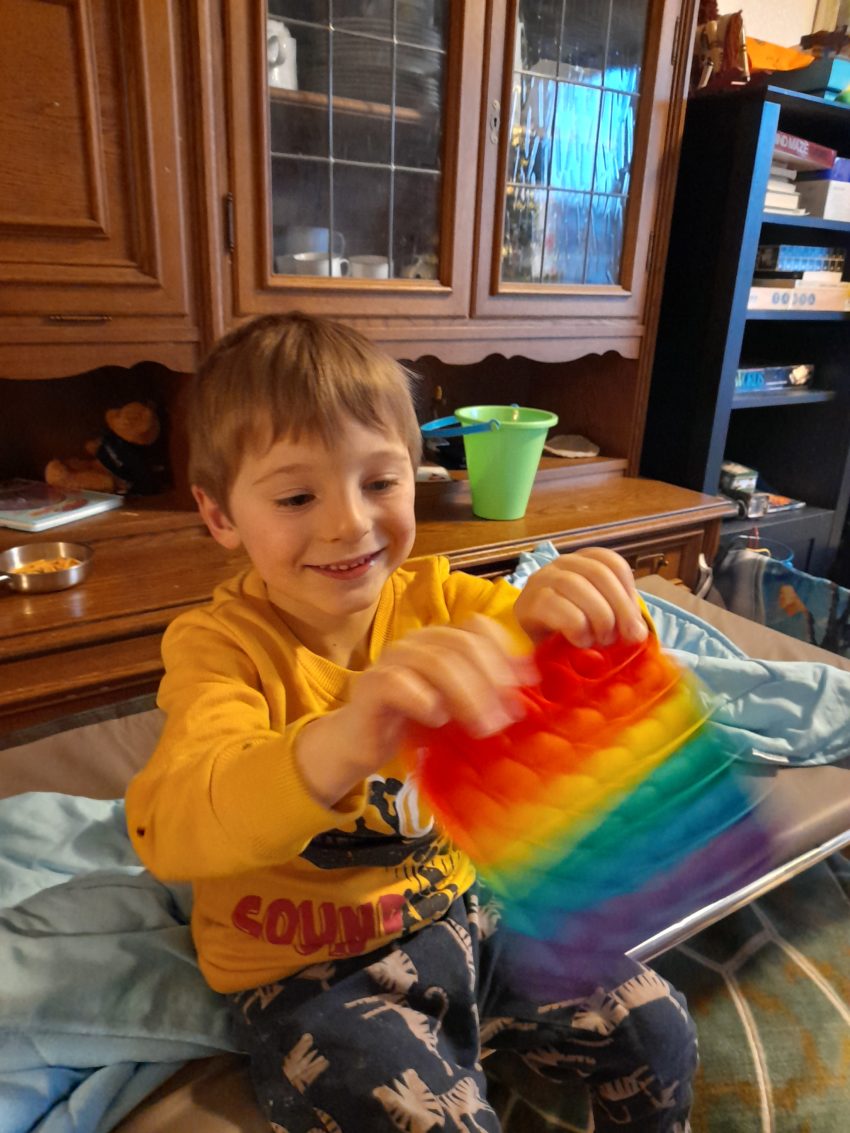 Do you have an active kiddo who doesn’t know what to do with his/her hands? To calm down, he/she could play with pop-it fidget toys. My son saw those in kindergarten and wanted one, too. I had no idea what they were! I knew spinners, and he has a few; in addition, we always use bubble wrap from packages we get in the mail, but pop-its were new to me. They look great in those awesome, strong neon colors, and you can get them in different shapes, such as squares, circles, hearts, etc. You can also get them with Halloween or Christmas figurines, or with unicorns, owls, dinos, and others. Cool!

So how long has this pokable, fun stress-relief toy been around? The Pop It was originally invented in 1975.

Flip it, reuse it! The pandemic brought it to new popularity, probably because people got bored and stressed. You will be surprised to read that they were originally a dream of the Jewish inventor, fueled by her sister’s death of breast cancer, about a field of nipples that can be pushed in from either side! Here, you can read an article about the Jewish Pop It inventor couple.

And here, you can watch a little monkey popping the Pop Its:

Lyons Cub actually sat in front of this video and popped in a race with the monkey. The first time, my son won, and the second time, the monkey 😉