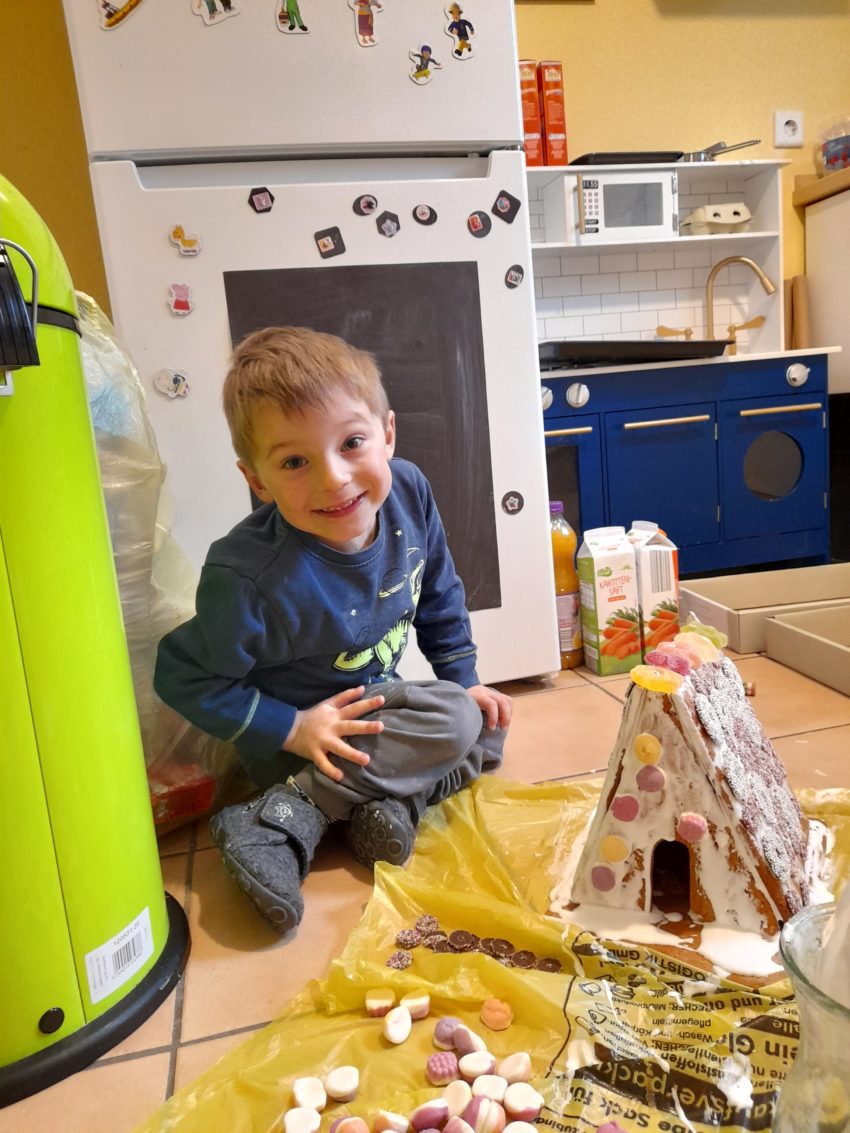 Today, Lyons Cub built his gingerbread witch’s house–and not just any kind of house from an ALDI package, but one that mommy’s friend baked herself! Fresh, deliciously smelling gingerbread… We had to make the “glue” first, so my son got to hold the mixer and I had to open the eggs and put the “slime” (the egg white my son doesn’t want to touch with his fingers) into a bowl with powdered sugar. Candy was included already, such as jelly stars and flowers and chocolate with love beads, and we added some of his favorite drops, too.

In my family, we had a gingerbread house every year while I was a little kid in Germany. Our aunt made it for us faithfully during the Advent time. Hansel, Gretel, and the witch were made of plastic. My sisters and I used to love to play with them long after the house was already eaten.

Little throwback to the Christmas times of 1977 and 1978: mommy Chrissy and Aunty Rosi enjoying their gingerbread house made by “Tanta”:

I remember that in 1978, Tanta had run out of plastic Hansels, so Rosi got Gretel and I was jealous. Then, I saw that instead of Hansel, there was a cute, little blonde in a black dress and red hat (I’m actually holding it in my hand in the picture above), so I was really happy to have this Hansel replacement.

Here, you can read a brief history of gingerbread houses, if you’re interested.

It was a bit difficult to get the side plates and the roof aligned, but we managed, with sticky fingers. Lyons Cub started eating the decoration before we could even put it on, and alas, he devoured Gretel. He also ate a little bear made of sugar, which is not part of the story of Hansel & Gretel, anyway, so it had to go.