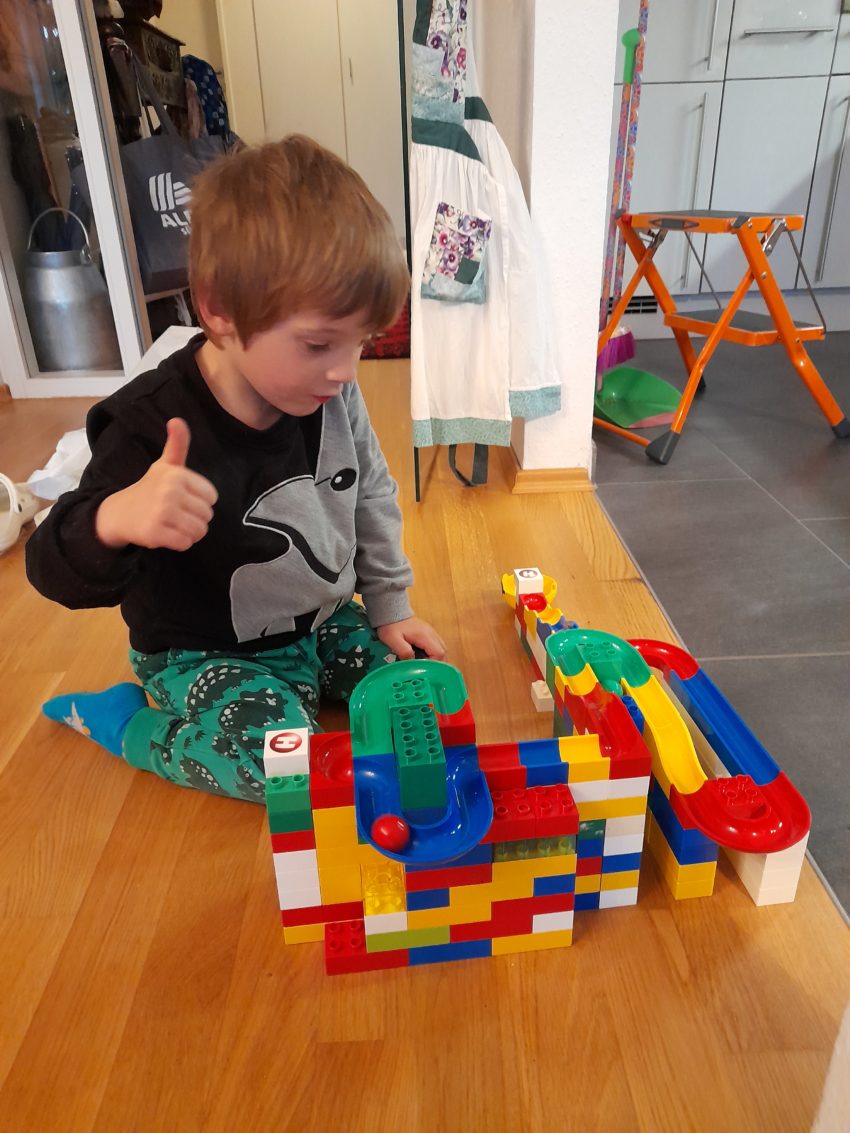 Do you also have a kid who loves marble runs of any kind??? Lyons Cub has a marble run made of wood, parts of a huge HABA marble run table, several combined plastic marble runs, and a Trihorse wooden ball track. Seems like he really has enough of that now, but today, while we were at ALDI’s grocery shopping, he spotted a Lego marble race that would go really well with the old Lego collection grandma has kept for him from mommy’s and aunties’ childhood and from his bigger cousins. So mommy agreed to take this one home. It was a rainy day, we had just taken our car back from the repair place, and it was the perfect time for some indoor Lego play with grandma.

It looks easier than it is!!! At first, Lyons Cub, grandma, and mommy built a construction where the balls couldn’t race down but had a hill as an obstacle. Since they couldn’t run uphill, my son had to push the marbles with his fingers. However, we soon detected the mistake!

The second time around, we did much better and moved the steep part to the end of the race, so the marbles could fall down into the receptacle. Oh what fun! Thank goodness, Oma had so many old Lego blocks, because the Hubelino box we had bought did not have enough blocks to make the whole construct really stable and sturdy. So keep in mind that it’s important to find a compatible marble run that works with the Lego blocks you already have!

Here, you can see our successful track:

My son soon found out that his marbles could also roll underneath the race track (on what he called “Zauberwege,” magic paths). He is very imaginative and almost liked those secret subway paths better than the real marble run 😉 Grandma had lunch ready, so we had to quit now, anyway. My son loves destroying what he has built most of all! An “earthquake” followed that knocked down our marble race. It will miraculously reappear tomorrow…