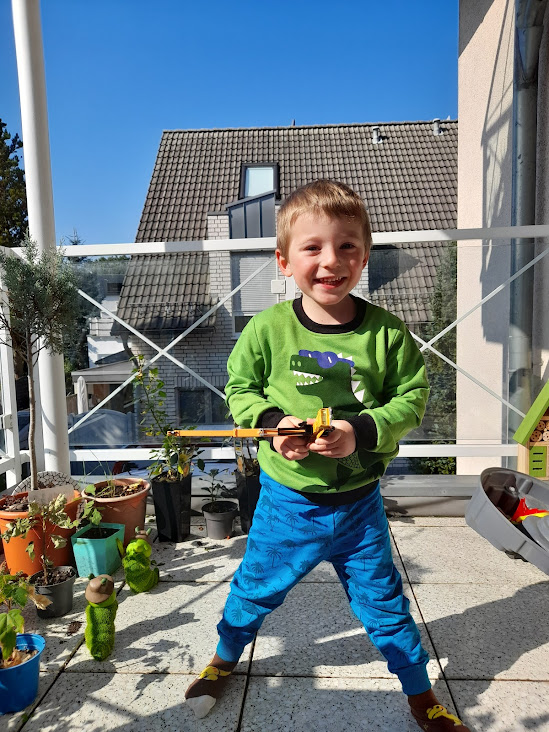 Do you also have a kid who loves dinos? In his Montessori kindergarten, Lyons Cub was allowed to wear only uni-colored, character-free sweaters, which made him very sad. But now that he goes to a public kindergarten, he can wear what he wants (or, what mommy has bought him), so he can proudly parade his dinosaur sweaters.

I like this yellow sweater because it has such a stunning color. I can see my son shining from afar 😉

He loves the green dino pullover, which he got for Saint Nicholas Day when he was almost three. I bought it again a year later in a bigger size, and he didn’t notice the switch 😉

Lyons Cub was so sure it was Saint Nicholas who brought him his favorite dinosaur sweater! (He didn’t recognize his uncle, even when he spoke. We’ll try to pull this off again this year, but I’m not 100% sure it will work again.)

He also has a blue one and a jogging suit that he wears in kindergarten during the cooler fall season.

And here he is with various dino encounters:

If you liked Leander’s dino sweaters, check out his dinosaur pants, too 😉