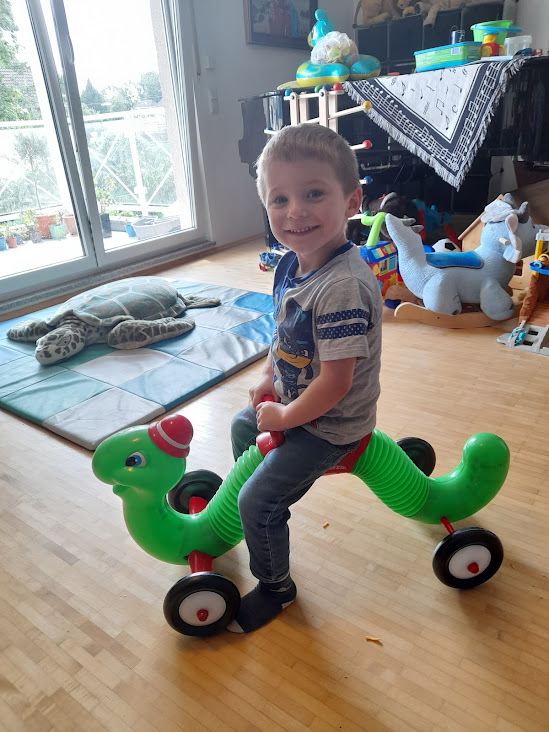 As a German kid, I had never encountered the inchworm, although I’m a child of the 1970s… It was invented in the early 1970s by Joseph M. Burck and produced by Hasbro. Burck fabricated his model with his old dryer hose and tested it on his own toddler 😉 It apparently worked, and kids love its ratchet mechanism with the constricted wheels, so the inchworm is inching forward, similar like the real worms in nature.

Lyons Cub loves everything creepy-crawly, whether it’s a live caterpillar or a plastic one! He even has a huge, purple outdoor caterpillar to climb on with his friends. Alas, he’s not very disciplined on his inchworm and jumped so much on it that the whole apartment was shaking, haha. We have people living under us, so I have to take some precautions and let my son play on it when they’re not in bed… Here’s a video of inchworm fun: