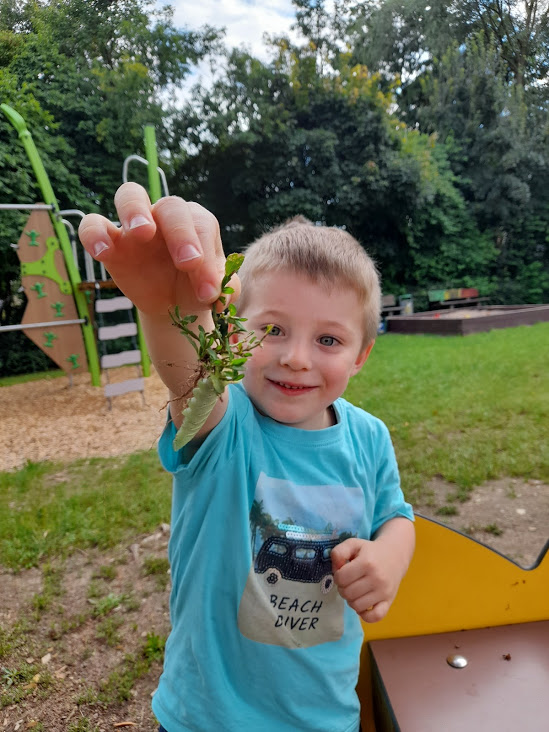 When running around on the playground, Lyons Cub stumbled upon something extraordinary–well, for a little boy: a lime hawk moth caterpillar! No, it doesn’t sting with its blue horn. It just looks a bit scary. It was rather big, about as thick and long as the index finger of an adult:

It had tiny, white spots all over its body, yellowish/whitish stripes down its sides, a bluish horn, and small, red spots on the sides. It was clamping down on some weeds–maybe getting ready to form its cocoon? It will change its color to purplish-green before becoming a pupae. The adult caterpillars don’t feed anymore; just the small ones eat. This one was hectically swinging its tail around when we put it on a see-saw for my son to look at. It was very much alive. Lyons Cub learned not to touch it, but to hold it up very carefully on the weeds. He knew from his Montessori educational background to treasure all life and observe, not hurt insects (he had an ant house as well as tadpoles before, when he was two). You can see his timid joy when inspecting the green caterpillar and watching it wiggle:

Actually, it looks very similar to caterpillars of the eyed hawk moth, the only difference being that our caterpillar had a yellow spot under its horn, as you can see here very clearly:

The caterpillars of lime hawk moths live in urban areas, such as parks, and like wooded alleys, so this playground must have been ideal. There are poplar trees, and there’s a little brook in the back, lined with shrubs and trees. Poplar trees, or linden trees (in British English, lime trees, hence its name) are one of its preferred food sources (https://butterfly-conservation.org/moths/lime-hawk-moth).

We gave it a new home, hidden underneath poppies, in the middle of a planter that’s standing next to its host tree, where nobody can step on it and where birds won’t find it, because it had been quite in the open before. Hopefully, it will survive the winter (they bury themselves into the soil sometimes) and fly next May/June as a pretty moth! 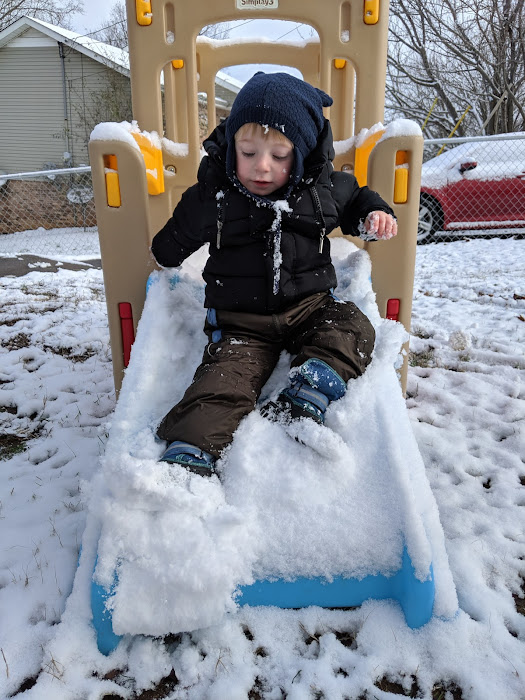 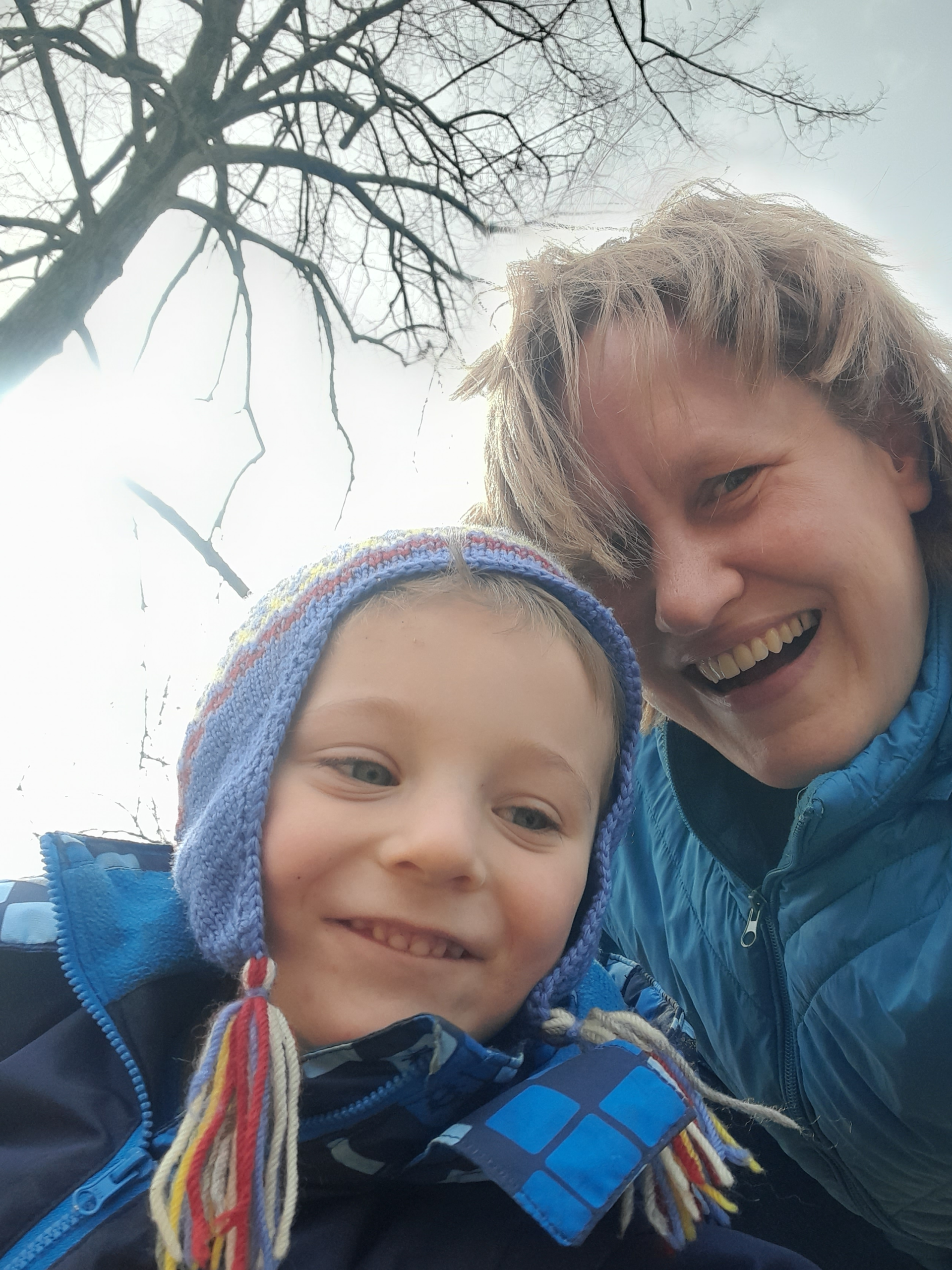