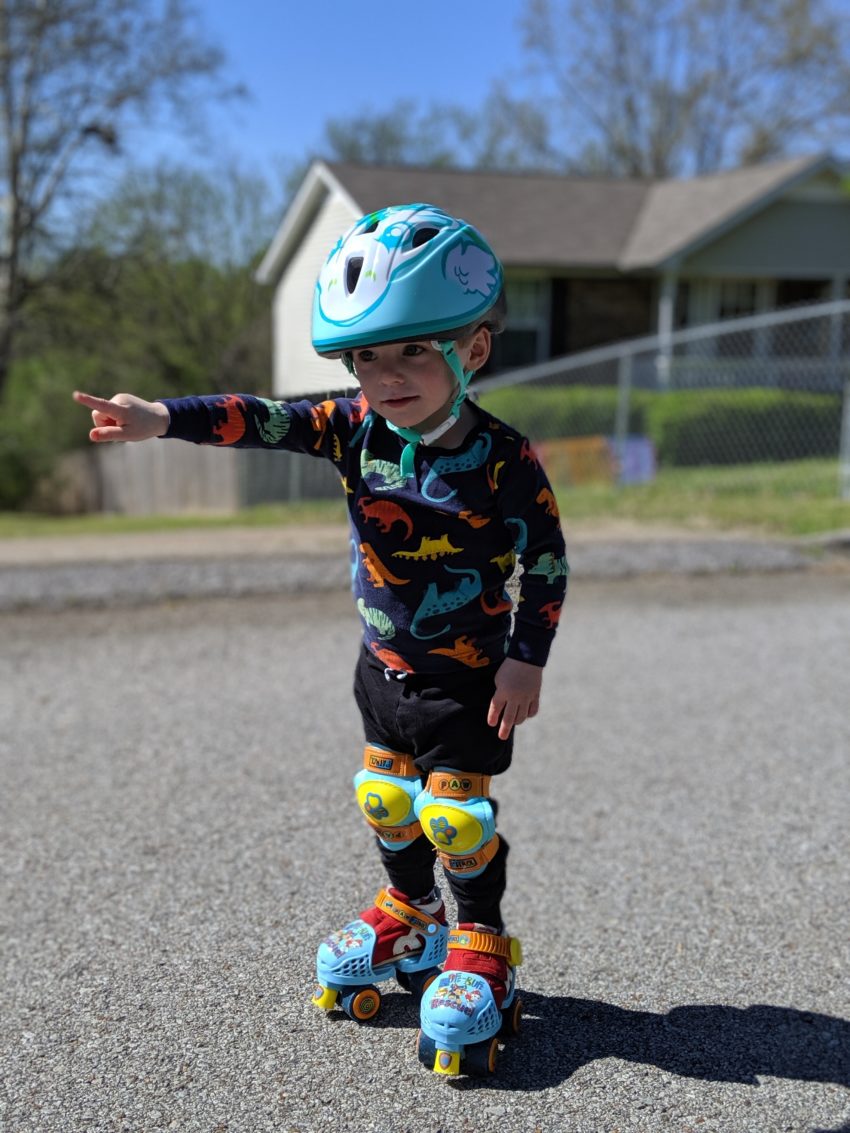 Let’s say it this way: you won’t win a race with these! But to get a 2-year-old to move slowly and securely on them, have fun, and practice balancing skills, they were just perfect! Lyons Cub loves Paw Patrol. And he was equally enthusiastic about his first skates. They came with knee pads. I had gotten the helmet at ALDI’s before that; otherwise, I would have bought him a matching Paw Patrol helmet, too. The skates require the child to wear shoes in them (we used sneakers and house shoes; something soft and narrow, not too bulky), and they can be extended when the foot grows. The buckle has a hook and loop. It’s not easy for toddlers to open; mommy needs to help here, but that’s fine.

They are in no way comparable to inline skates, of course; those four-wheel driven skates are a snail compared to them. But that’s what you want with a toddler who is just starting out, don’t you? When Lyons Cub turned three, he was still using those, but it got time to upgrade to a faster version. He walked more in them than he rolled, but he had no fear and wanted to go along with the older kids on their inline skates. It was a big boost to his ego to be independent (and mommy felt much calmer knowing he wasn’t in any danger from going too fast). This is how Lyoness started out in the 1980s 😉 The only thing I still needed to buy were gloves to protect his hands. They don’t come with the set.