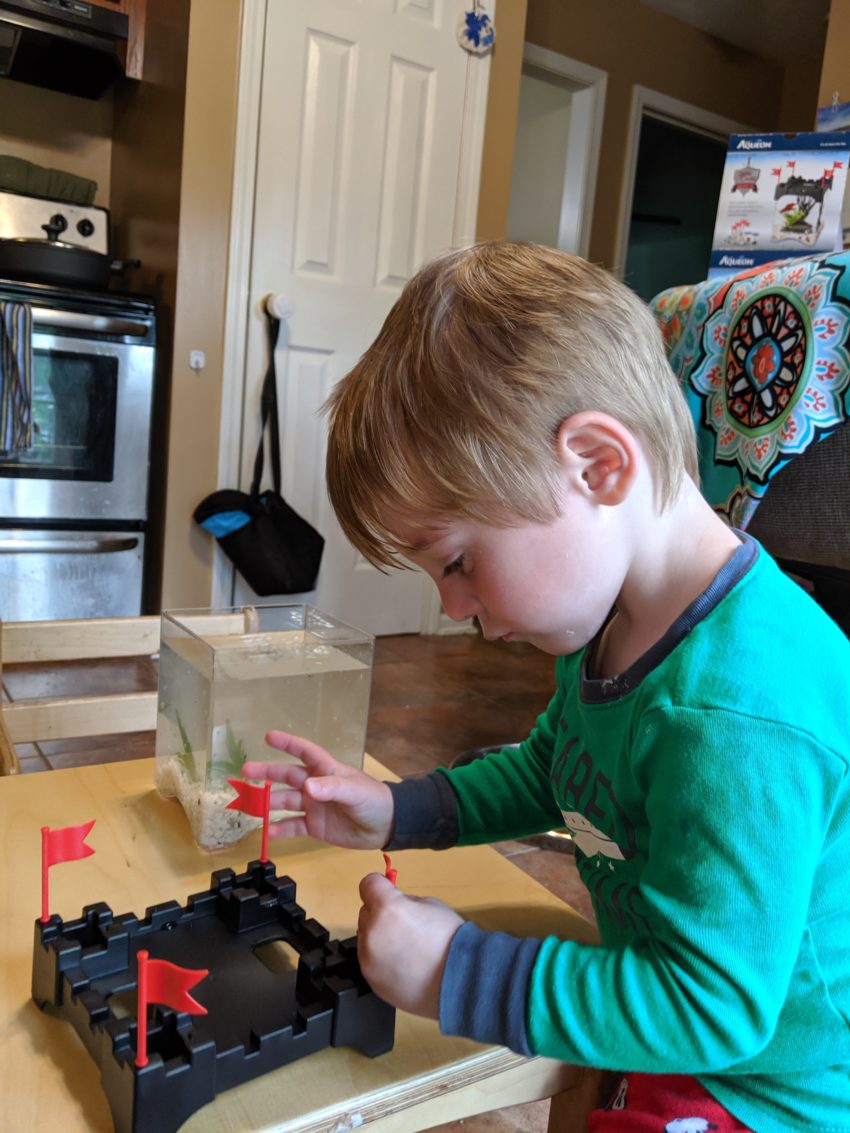 Have a kiddo who’s interested in sea creatures, water, fishies? Lyons Cub was over the moon when he received his first own fish tank. It was a half-gallon betta bowl in the shape of a castle. He could take the lid off by himself, put the four red flags on, and then admired his tiny tadpoles for weeks, until they became froglets (not “sharks,” to his disappointment; it was the time of “Baby Shark,” which he loved, doo doo doo). In my opinion, this tank is too tiny for a grown betta, but if it’s just temporary for a handful of tadpoles, it works very well. It’s a great opportunity for the littles to observe nature and see animals grow. And if, in addition, your kid loves dragons and castles, this fortress will be a perfect way to teach the future aquarium hobbyist how to care for his “babies.” Lyons Cub faithfully fed his tadpoles with granulated frog food and floating betta mini pellets. He did not care for holding an adult frog in his hands, though – mommy had to do that! By the way, who of you non-Germans out there can pronounce the German word for “tadpoles,” which is “Kaulquappen”??? Watch Lyons Cub do it below 😉