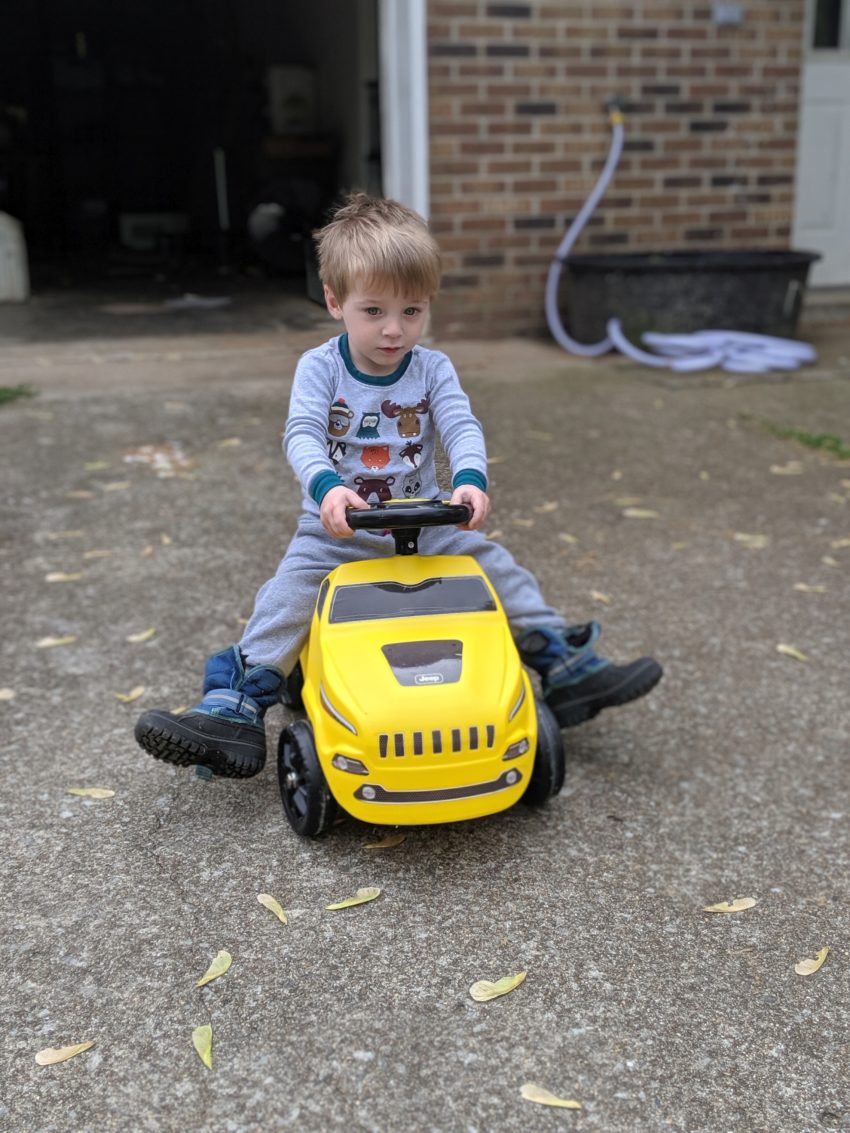 Which child doesn’t have a ride-on car? There is such a big choice out there; I was looking for one that I didn’t have to push (we already had one of those, the Step 2 Whisper Ride), where Lyons Cub would be autonomous at the age of 1.5 years old. I didn’t search for a battery-driven car, as my son was still too young for that, and I didn’t want to spend that much money yet, either. Also, I wanted a sturdy one that didn’t flip over, and one that wasn’t too high, just like a seat. Moreover, my son had very short legs (due to his IUGR diagnosis at birth), so I needed a ride-on car that was close to the ground. I found it in the Cherokee Ride On Push Car (we have the yellow one), and we used it in the back yard as well as inside. The special feature was the noise when kiddo presses some buttons on the steering wheel (horn and engine sounds) that sounds astonishingly like in real life. Our back porch had a slight angle, so the car moved well by itself, but not too fast to scare a youngster. Both doggies accompanied Lyons Cub on his excursions. He had this car from ages 1.5-3, and it’s still around. The stickers on the side came off with time, but it still drives very well.

Germans don’t drive Cherokees; they have a Mercedes instead 😉