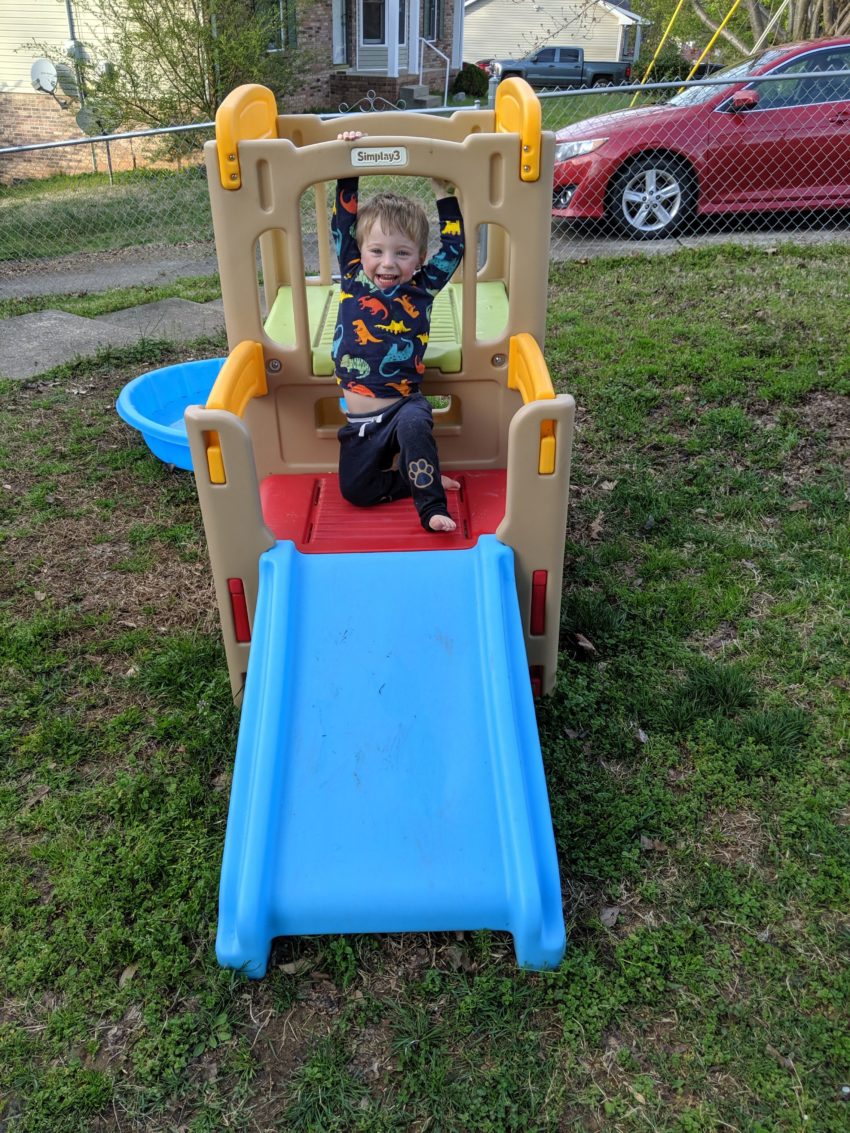 You won’t regret getting this awesome climber. Lyons Cub had it for years, and both he and his friends enjoyed it. Sometimes, they played rough, but this thing never falls over! It is so sturdy that adults can climb on it. Lyons Cub figured out quickly how to run and walk down the blue slide. He loved to swing from the tower, and he learned climbing with this activity toy, which was super important for him, because he had been born with IUGR, which meant he had a big head but small extremities that didn’t get enough nutrients in the womb. Therefore, he took longer than other babies to learn sitting, crawling, and walking. But climbing was no problem for him, because he absolutely wanted to mount that tower! He had Early Intervention for the first 18 months of his life, but this toy helped him to reach the normal developmental level in his gross motor skills, which I’m eternally grateful for. I did not have to force him to do certain exercises; he could learn movement control through fun and play.

It was relatively easy for one Lyoness to set up by herself. Some parts snap together, others need screws, to make the tower nice and sturdy. And it’s not too heavy, so ladies can move it easily to mow the lawn underneath, which was important for me as a single mom and DIY kinda girl. Our cat Felix became competition and wanted the sunny spot on the roof all for himself!