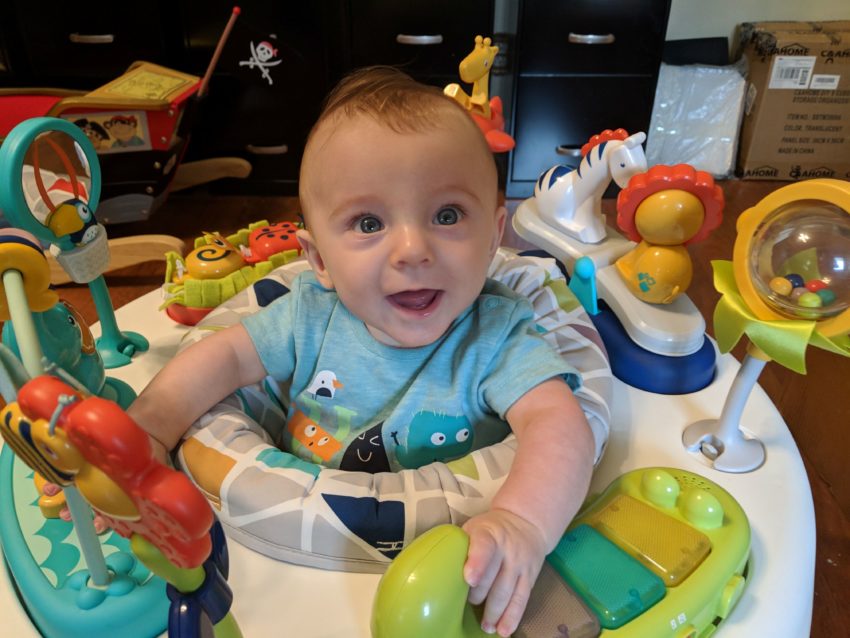 This is Lyons Cub’s first activity center, which helped him greatly to coordinate his movements during his Early Intervention sessions for his gross motor delays that resulted from his IUGR diagnosis. He was already a few months old, but looked like a much younger child due to his small size and slightly uncoordinated movements. He had lots of fun in this activity center; he ate ice-cream in it (so-called “momsicles,” which are popsicles with mother’s milk), sat in it, stood in it, and most of all, played the 3-key piano. Here’s a video of itty bitty Lyons Cub hitting the keys and dancing.

This activity center was a blessing in disguise; it kept Lyons Cub occupied while Lyoness could pump. Ahhhh…. what a relief, and what a joy to watch! He also learned cruising with it, the precursor for walking.